St. Patrick’s Day is celebrated on 17th March every year to celebrate the patron saint of Ireland, Saint Patrick, who helped bring Christianity to Ireland. The day is celebrated by a number of traditions, festivals and parades while keeping the color “green” and clovers the symbol of the day. There are a number of traditions and ways to celebrate this day that also include festivals and parades to celebrate Irish culture. Here’s a list of Picture books that could add some green, leprechauns and clovers to make St. Patrick’s Day more fun and (Lucky)!!!

Read more at: https://www.ducksters.com/holidays/saint_patricks_day.php and learn interesting facts like – Legend has it that St. Patrick stood on a hill in Ireland and banished all the snakes from the island.

Learn more at from National Geographic Kids by clicking on this link https://kids.nationalgeographic.com/celebrations/article/st-patricks-day 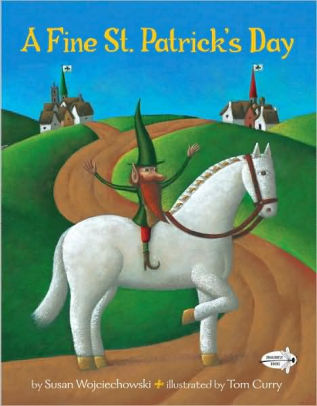 Tralee and Tralah have always competed in a St. Patrick’s Day contest every year to see which town could decorate best for the holiday, and each year Tralah wins. One year, while the towns are getting ready, a leprechaun rides in needing help with his cows. The people of Tralah are too busy decorating and refuse to help, while the people of Tralee help, but as a result can’t finish their decorating. In the middle of the night, the leprechaun finishes their work & Tralee, finally wins but decide not to compete again. Written by Susan Wojciechowski, illustrated by Tom Curry, A fine St Patrick’s day, published in 2004, ISBN13: 9780375823862 is a good choice for Grades K-3 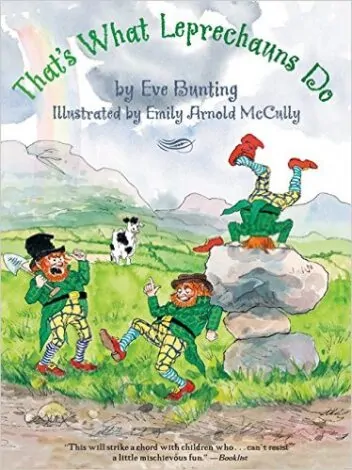 In Eve Bunting‘s That’s What Leprechauns do, leprechauns Ari, Boo, and Col need to place the pot of gold at the end of the rainbow, but, they cannot help getting into mischief along the way. “So, by the time the group reaches its destination, Mrs. Ballybunion’s cow’s hooves are painted a lovely scarlet, old Jamie Bradley’s woollen long johns are tied into knots, and a chicken appears to have laid a tennis ball. As the rainbow arches across the sky to touch the pot of gold, the trio settles down to wait, but nobody finds the gold, as usual. Ari cheers up his disgruntled pals, saying “That gold’s waiting for just the right person.”  Illustrated by Emily Arnold McCully ISBN 13: 9780618354108, Published in 2006, this is a good read-aloud for St.Patrick’s day for 6 -10 year old’s 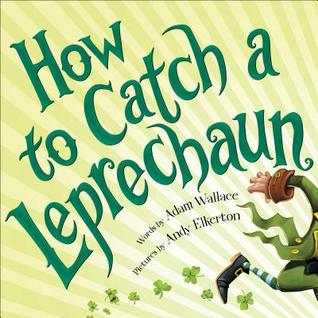 How to catch a leprechaun?
It’s tougher than you think!
He’ll turn your whole house upside down.
He’s quicker than a wink!

You’ve been planning night and day, and finally you’ve created the perfect trap! Now all you need to do is wait. Is this the year you’ll finally catch the leprechaun? Told through rhyme and colorful illustrations, a clever leprechaun is not impressed by the traps laid out by kids and even the grown up’s who try to catch him, and the book keeps the reader guessing, will they catch him? A fun and lively children’s book, How to catch a leprechaun? written by Adam Wallace, Illustrated by Andy Elkerton, Published in 2016. ISBN13: 9781492632917 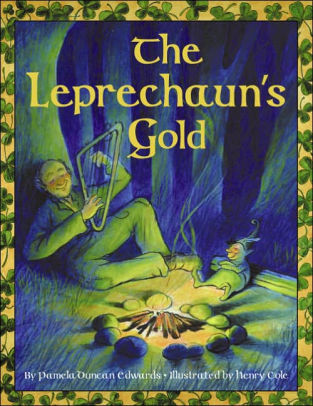 Based on a classic Irish folktale, “The Leprechaun’s Gold” by Pamela Duncan Edwards tells the tale of two well known harpists in Ireland. The story centers around the King’s contest to choose the best harpist in the land, where kindness beats cunning, with the help from a leprechaun. Good choice for St. Patrick’s Day- a story with a good message, honesty and kindness pay off. Illustrated by Henry Cole, published in 2006, ISBN13: 9780064438780 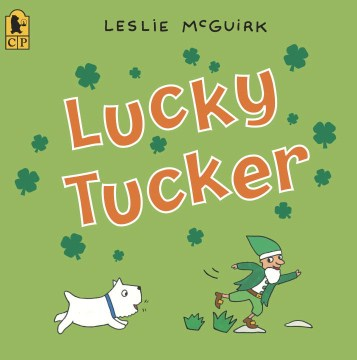 Published in 2008, Lucky Tucker by Leslie McGuirk, is one St. Patrick’s story that will be a sure win for Preschoolers. When Tucker the terrier wakes up on Saint Patrick’s Day, he gets off on the wrong paw. Nothing is going his way until he rolls in a bed of clover – a bed of four-leaf clovers, that is, which just happens to belong to a leprechaun! Lucky Tucker! From snatching a falling scoop of ice cream to wrestling with his best friends to getting a whole box of new toys, Tucker is now the luckiest dog around! 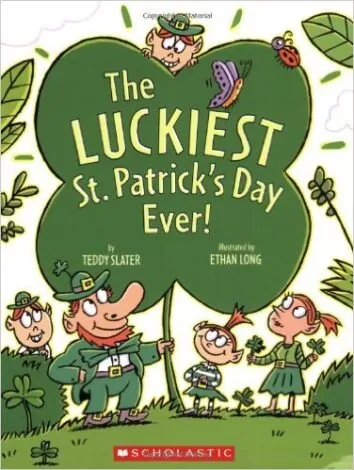 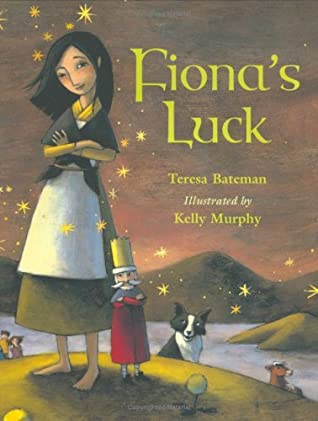 In this original fairy-tale set in Ireland – Fiona’s Luck, the greedy Leprechaun King has locked away all the good fortune in Ireland. Fiona, a clever young girl decides to “liberate” the good fortune from the leprechaun king. Reminiscent of many traditional tales in which the clever heroine wins the day, this story incorporates some well-known folkloric elements, from leprechauns to the hero’s quest. Teresa Bateman‘s prose and Kelly Murphy‘s gorgeous illustrations makes it a great St. Patrick’s Day read for ages 4-10. Published in 2007, ISBN13: 9781570916519

And now click on this link and enjoy the St Patrick’s Day Song | Leprechaun | Kids Song | The Kiboomers: https://youtu.be/IA-YGKN7k_o